We are located in the Division of Signaling and Functional Genomics at the German Cancer Research Center (DKFZ) in Heidelberg. 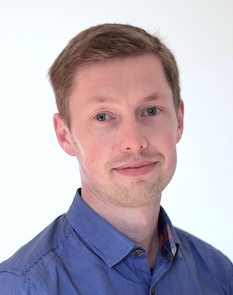 Fillip Port, PhD
Fillip set up CRISPRflydesign in 2013, while a postdoc in Simon Bullock’s lab at the Laboratory of Molecular Biology in Cambridge. In 2016 he joined the Division of Signaling and Functional Genomics at the DKFZ Heidelberg, where he continues to develop and apply Drosophila CRISPR tools for functional genomics. He maintains the website and twitter feed and you can contact him with any questions or comments about the project. Send an email.
Before joining the DKFZ, Fillip did a PhD with Koni Basler in Zurich studying Wnt secretion and a postdoc with Simon Bullock in Cambridge working on mRNA localisation and CRISPR method development. He is from a small village in central Germany.

Michael Boutros, PhD
Michael is head of the Division of Signaling and Functional Genomics at the German Cancer Research Center (DKFZ). His lab is studying signaling networks in development and cancer. A particular focus of the group is on high-throughput methods for systematic functional analysis of cellular processes to identify vulnerabilities of cancer cells. Learn more about our work here.
Michael did a PhD with Marek Mlodzik at EMBL and a postdoc with Norbert Perrimon at Harvard Medical School. He established his lab at the DKFZ in 2003 and since 2008 is head of the Functional Genomics Division and full professor at Heidelberg University. 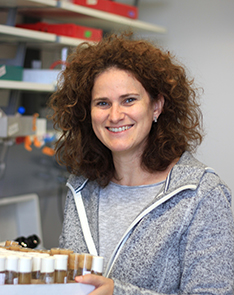 Claudia Strein
Claudia trained as a technician at the DKFZ Heidelberg graduating in 1993. After working in two pharma companies she joined Matthias Hentze’s lab at EMBL. There she worked on developing the novel ‘interactome capture method’ to identify RNA-binding proteins.In 2013 she joined the Division of Signaling and Functional Genomics at the DKFZ, where she worked on a genome-wide RNAi screen in Drosophila melanogaster. In 2016 she joined the CRISPRflydesign team to develop systematic resources for CRISPR knock-out screening.

Mona Stricker
Mona trained as a medical technical assistant at the Theresienhospital in Mannheim. Afterwards she worked on autoantibodies with Dr. Seelig in Karlsruhe and at the German Resource Center for Genome Research in Heidelberg. She joined the DKFZ in 2001 and the Division of Signaling and Functional Genomics in 2004. In 2016 she joined our team to help build our transgenic gRNA library. After the lab she loves indoor cycling to take her mind off work.

Celine Beyersdörffer
Celine is in her second year of an apprenticeship at the DKFZ and training to become a technician. Before joining the Division of Signaling and Functional Genomics and the CRISPRflydesign team in 2018, she spend a year in the lab of Hans-Reimer Rodewald working on cellular immunology. In our lab Celine is helping to generate the Heidelberg CFD CRISPR library and builds tools to express sgRNAs in various contexts.
Celine is originally from Landau and moved to Heidelberg upon joining the DKFZ. In her free time she loves to travel and meet friends.

Amy Heß
Amy does a voluntary gap year at the DKFZ, not least because she wants to experience everyday lab life before deciding about her next career step. She is an integral part of our efforts to build a large-scale sgRNA library and also supports the lab with a number of general lab jobs.
Amy received her A-levels in 2018 and lives in Neckargemünd, where her family runs a successful restaurant (where she often helps out). In her free time she is going to dance classes, does fitness or is baking.

Join us! If you are interested to join our team and develop and apply new CRISPR technologies than please contact Fillip or Michael informally to discuss possibilities.

CRISPRflydesign at the Laboratory of Molecular Biology in Cambridge

Nadine is a joint research support officer in the Bullock and Munro labs. Her work focuses on developing new tools for genome engineering and applying these to study intracellular vesicle trafficking.

Before coming to Cambridge, Nadine did a Postdoc with Jordan Raff in Oxford on centriole assembly and a PhD with Eli Knust in Dresden on cell polarity. She is from Dusseldorf in Western Germany. 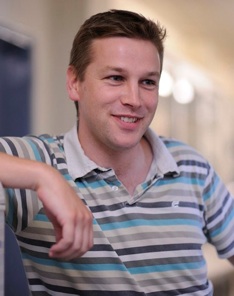 Simon’s lab studies cargo transport by molecular motors in vivo and in vitro using single molecule assays. Find out more about what we do on our group website.

Before setting up his group at the LMB Simon did a Postdoc with David Ish-Horowitz in London studying mRNA localization in Drosophila. Previous to that he did a PhD with Rosa Beddington studying mouse embryonic development. He is from Yorkshire in North England.

Hui-Min and Tzumin generated our fly lines CFD5 and CFD6 and posted some of the earliest results of fully transgenic CRISPR/Cas on the site. They have since also published their own CRISPR system called Golic+ (paper).

Kate and Avi have generated and tested line CFD8.

David has generated nos-cas9 transgenic D. yakuba, D. simulans and D. mauritiana lines, which he is freely sharing with the community.